Splendorous Splendor (…This pun had to be made) 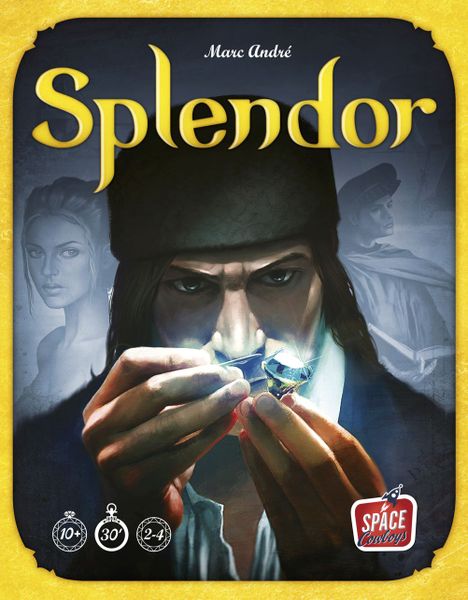 The cover art of the box set

Published in 2014 and acquiring many various award nominations and winnings for its release, this game simulates the economy during the Renaissance time (between 14th and 17th century) dealing with its currency in the form of gem stones (Emerald, Sapphire, Ruby, Diamond, Onyx, and Gold).

This trade/sale game was most likely influenced by André’s former career path, in which he was an economics major and worked in trading stocks… a game in a way, just… with real money… and real consequences. But unlike other well-known ‘currency-based’ strategy games for example let’s say… Monopoly (one of the best but also hated board game to have been created), Splendor is surprisingly simple to…